My Mood For the Day: Desperately wanting to finish the daily blog post so I could get back to Casual.

What I Watched: Absolutely nothing because I was so tired after working so hard on the blog post.

What IMDb says: Life is really tough for Julie and Billy, two 30-something aspiring comics living and working in New York City. While their friends and acquaintances move on to find success and love, they continue to struggle with careers and relationships, getting more bitter by the day. (Difficult People) 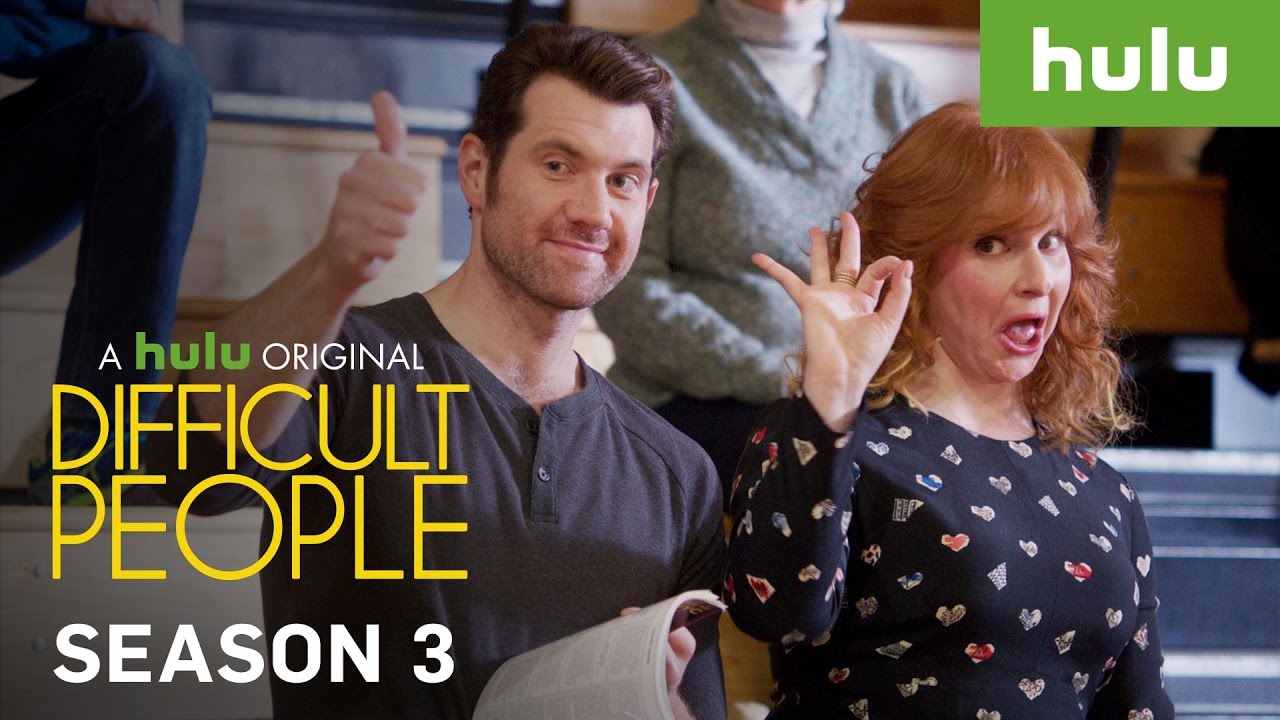 My Thoughts On I Watched: So yesterday was kinda tricky because I had watched three different shows and there was virtually no way to give all of them a proper review in a concise manner. So I thought I’d use today, a day when I have nothing to really blog about after a day of no streaming, as an opportunity to play catch up.

I watched Difficult People primarily because Billy Eichner is in it, and I enjoyed him in the final seasons of Parks and Recreation and the YouTube clips of Billy on the Street that I’ve seen. While he is one of the leads, it is his co-lead Julie Klausner that actually created the show.

Difficult People is a sort of wannabe Seinfeld. It centers around self-absorbed people that like to feel sorry for themselves. While I am not one to claim that protagonists of a show have to be likable, I do believe that someone in the show probably should be. In Rick and Morty, Rick is allowed to be a self-absorbed asshole because he has sweet and innocent Morty to play foils to him. With Difficult People, it’s hard for me to even articulate what exactly differentiates Billy from Julie and I’m not sure ANY series, dramatic or comedic, can get away with two central characters that have virtually identical personalities.

Then there’s the fact that Difficult People sees itself as comedic. You know because virtually every other line is an attempt at humor. The show taught me a valuable lesson about comedy writing that had never crossed my mind before. Writing a funny show or even just being a funny person in general isn’t about how many funny jokes you make. It’s about the ratio of funny jokes to unfunny jokes. Master of None might only have a few funny jokes here and there, but the fact that there’s also a lot of screentime where they’re not trying to be funny means that I don’t really subtract comedy points. Difficult People maybe has 20 unfunny jokes for every funny joke. I oftentimes say “I love how X isn’t trying too hard” when I give positive reviews and this is why. Difficult People is that show that’s trying to hard that all writers should fear making.

And of course unfunny jokes are always a bad sign in a comedy, but it’s even worse when your protagonists are aspiring comedians. Now, these unfunny jokes aren’t just detracting from the show’s entertainment value, they’re detracting from my ability to sympathize with the characters. It’s hard to feel sorry for an unfunny person because they can’t make it in comedy, just as it’s hard to feel sorry for someone who can’t make it as an artist if their work looks like a 6-year-old fingerpainted it.

Part of me is tempted to keep watching it because I know Seinfeld certainly took some time to really hit its stride but another part of me can’t help but think about how there’s so many better options, even when limited to streaming originals.

My Thoughts On Streaming in General: I miss Casual, I promise I’ll watch more today and report back.