I just came back from seeing one of the numerous movies on my “I should probably see that” list. On today’s episode of “Anne ruins a movie everyone else liked by being too analytical,” is Bohemian Rhapsody, which tells the story of Freddie Mercury and his bandmates. 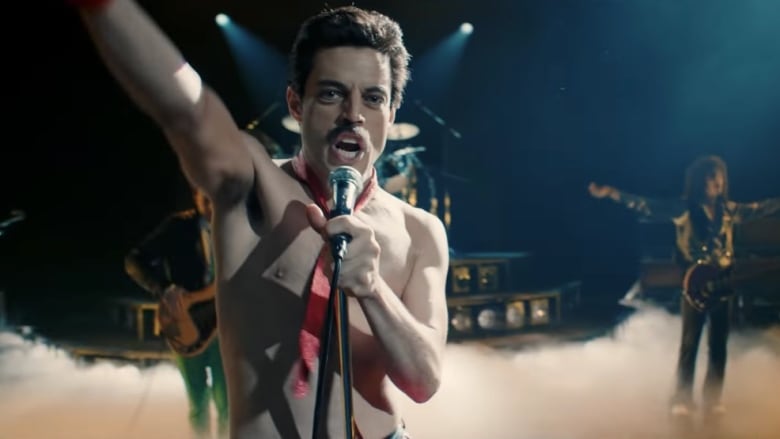 I can’t say the movie was BAD or that I regret seeing it, but I also didn’t really love all the storytelling decisions either. The basic problem is that this movie makes becoming Queen look freakishly simple. The band forms and almost instantly signs a record deal, starts performing on tv, charts in the US, and is touring the world. There was no struggle. The movie dove almost immediately into a “happily ever after” phase. This became an issue later on when the band starts to butt heads with each other. Losing what they had didn’t mean as much because we didn’t see how hard they had to work to get to that level.

Stories are about struggles. This is one of those pieces of conventional wisdom that truly is non-negotiable. Make your characters work for their success. Make them work hard enough that it really hurts when you take that success away.

When you write, ask yourself: “what parts of this movie do I want to make truly painful? What parts should overflow with triumph?” and then write your conflict accordingly.

We need enough struggle to make success feel triumphant. Conversely, we need enough time to enjoy the highs of our stories before we hit the lows.

I wish Bohemian Rhapsody had put more time into developing the relationship of the band. There was occasional conflict, but it always dissipated in the next scene with no real struggle. We bounced back and forth between scenes where the band hated each other and scenes where they were fiercely loyal to each other and it was often unclear as to why. Towards the end of the movie as the band actually started to fall apart, I felt like I didn’t have a sense of what the band was truly losing. You need to ask yourself:

“What will I take away from my characters? What do I need to establish about that thing beforehand to make sure it’s a real struggle when they lose it?”

THAT is how you write. You make the struggle real.