The last two days of my ongoing 30 Pilots in 30 Days project have included two seemingly unrelated pilots that first aired within a year of each other. Two days ago, I watched the pilot for Gilmore Girls and bitched about it being too dialogue heavy. Yesterday, I watched the pilot for The West Wing and mentioned that part of why I chose to watch it that particular day was I wanted to compare it to Gilmore Girls. I mean, is anyone known for pulling off dialogue heavy the way Sorkin is?

I decided there was actually enough there to justify a separate post, so here we are. Why does The West Wing pilot work in a way that the Gilmore Girls pilot doesn’t? What is it about Sorkin’s dialogue that makes it so great? Can anyone else learn to pull it off the same way? 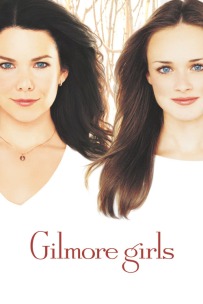 Personally, I think dialogue heavy can always work as long as the dialogue itself is good enough. It’s not about how much there is, it’s about what you do with it. So let’s look at some lessons we can learn from these two pilots. (You can read my separate reviews of them here and here. Both are streamable on Netflix.)

Your dialogue pace needs to match the setting.

With The West Wing, fast pace dialogue makes sense because the show is bringing us into a fast pace world. It’s believable that the White House staff is constantly talking about a fuckton of different issues all the time and that they would change subjects in mere minutes. The way the pilot is shot enhances this too. We feel like we’re constantly moving and we feel like the dialogue is just one more thing taking us into this hustling bustling world of the White House.

By contrast, Gilmore Girls is set in a small town in New England. The lives of these characters are comparatively mundane. How fast people from such towns talk or how mundane their actual lives are is beside the point. An audience doesn’t expect that kind of pace from that kind of setting. Something about it just feels off. Before you write a dialogue heavy pilot, ask yourself if the concept actually calls for it. Will your idea lend itself to that kind of pace every single episode?

From my count, the West Wing pilot has seven conflicts, some bigger than others.

– The president rides a bicycle into the tree and is hospitalized for a majority of the episode.
– There’s about to be a vote on how the U.S. should handle Cuban refugees.
– Josh offends the Christian right with his remarks on a talk show and his coworkers have to cover for him.
– Rob Lowe finds out his new love interest is an escort worker.
– Rob Lowe must give a tour of the White House to elementary schoolers despite knowing nothing about White House history.
– It looks like Senator Lloyd Russell is going to challenge the president in a primary.
– Josh’s ex Mandy is back in town, and is running the exploratory committee for Russell, who she is also dating.

The Gilmore Girls pilot is roughly the same length, but only has four conflicts.

– Lorelai doesn’t have the money to send her daughter to private school.
– Lorelai and Sookie want to open their own inn but can’t afford to.
– Lorelai must have dinner with her parents who she hates.
– Rory likes a boy who also likes her but is about to switch schools.

Both have roughly the same amount of dialogue, but one is giving us a lot more bang for our dialogue bucks.

Ask yourself what the actual sequence of events is. Write them down as bullet points. Now don’t tell the story in that order.

Here’s the sequence of events the way it actually happened:

This is how it actually happened, but that’s not the order in which we learn the information.

In the very first scene of the West Wing pilot we learn there’s a rumor that Josh might get fired. At this point, we don’t know who Josh is or what his job is. We don’t know what he did that would justify him getting fired, leaving us to ask these questions ourselves. When we meet Josh a few minutes later, we hear him ranting about how the administration doesn’t need Mary Marsh, only Al Caldwell, both names unfamiliar to us. Finally, we see Josh watching the tape of his botched interview and we realize it may cost him his job. We get a little bit of information, then a little more, then the final puzzle piece we need to put it all together for ourselves.

Now let’s look at the Gilmore Girls pilot. Here’s that sequence of events:

That is how it happens in real life and that is the order in which we learn the story.

Imagine if we had started the Gilmore Girls pilot with Lorelai begging her parents for money. Imagine we had no idea what that money was for. Imagine her parents offered her this condition of weekly dinner and she spent the episode deliberating whether or not it’s worth it. Maybe she tries to get the money off someone else. After the offer is made, Lorelai can tell Sookie about it and this is where we’ll learn the money is for private school. Over the course of the episode, Lorelai would get some more opportunities to bitch about how unbearable her parents are and Rory would of course need some opportunities to bitch about how unbearable public school is. At the end of the episode Lorelai begrudgingly agrees to her parents’ conditions.

Notice how in this scenario, we still learn the whole story via dialog. But because we start closer to the end of the story and fill in details later, we’re left with tension. We keep watching because there are unanswered questions.

So those are the observations I had but I’d love to hear yours. Watch both and let me know what you took away from it!

2 thoughts on “A Tale of Two Pilots: Lessons in Dialogue”