This is a big one, ya’all. Until yesterday, I had not seen a single Studio Ghibli film. There was never a deliberate desire to avoid them. I’ve spent the past several years telling people I’ve never seen one and quickly following it up with “Yeah, I need to do that.” 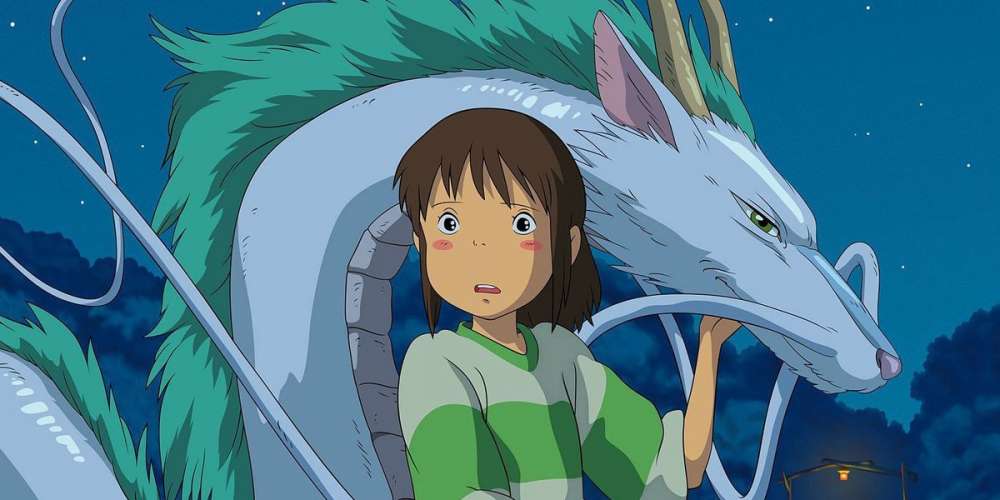 I’m not 100% sure why, but I’ve always gotten the impression that Spirited Away was THE quintessential Miyazaki film. Maybe it’s because it’s the only one that won an Oscar; Maybe I’ve just heard the name more than any other; Maybe it’s because No-Face merch is so ubiquitous. So when the lovely people of Fathom Events decided to bring it back to theaters, I decided to go. After all, if I had taken this long to watch it, might as well make sure I do it right.

I went into Spirited Away with no expectations. It is perhaps the least self-explanatory English title of a Studio Ghibli film, and I didn’t watch any trailers or read any plot summaries. I wanted to go on the journey Miyazaki intended for me to have, not the one some American marketing team decided I should have. I’m glad I did. I liked that I didn’t always know which characters to trust. I liked that each little twist and turn was a genuine surprise. I liked that it was something remarkably different and going in blind helped me appreciate just how different it was.

The real triumph of Spirited Away is its world-building, an aspect of screenwriting I’ve always felt I was quite terrible at. For two hours, you are immersed in this world where you don’t know the rules, and visions of the impossible are constantly bombarding you. I couldn’t help but think about just how bland the worlds of American Disney movies are. Most all of them could easily have been done in live action. I know, because those bitches are making live action versions of their animated classics every other month. Spirited Away is the kind of thing that feels like it could only really work as an animated world. It’s a testament to what the human imagination is capable of when it isn’t constrained by the limits of shooting in our physical world. It’s inspiring the way that the Olympics are inspiring because they’re a testament to what the human body is capable of.

When I left the theater, I was not entirely sure how I felt about this overwhelming world I never fully understood. There were points where I kind of felt like Miyazaki was making stuff up as he went, and I begrudged him for not really defining the rules of his universe. But looking back, there’s a bit of charm in the way he disorients you. His protagonist, Chihiro, is disoriented too. We’re learning the new world alongside her. There’s this mix of fascination and confusion and perhaps that ability to transport us into our heroine’s shoes is really what makes the film so special. It also bears reminding  that the movie was not intended for Americans, and perhaps a better understanding of Japanese spirituality and folklore would have alleviated this, making for just the perfect balance of mystery and understanding.

I definitely feel like I need to watch Spirited Away before I come to a conclusive decision about whether I “liked it” or not. But at the same time, whether or not I “liked it” doesn’t seem all that relevant. It’s a visionary piece of work that people in film should watch. It’s a reminder as to why film (and especially animation) is such a cool medium to begin with. It’s even more necessary in an era when Hollywood is so thoroughly dominated by reboots and remakes and sequels and prequels. Just watch it. Whether you really “like it” or not, I don’t think you’ll regret investing two hours of your time in it.

One thought on “Movies I Should’ve Seen By Now: Spirited Away”